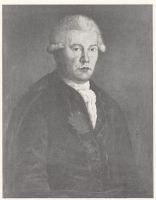 Anders Jahan Retzius (1742-1821), Professor of Natural History, Chemistry and Economics. One of the Society’s founders.

The Physiographic Society of Lund was founded on December 2nd, 1772. The prime mover and one of the founders of this learned society was Anders Jahan Retzius, Professor of Natural History at Lund University, together with Nils Hesslén, theologian, later to become Bishop and Vice Chancellor of the University, and Dr. Andreas Barfoth, M.D. In 1778, on May 6th, the Society was sanctioned by Royal Command by King Gustav III, and has since then had the epithet “Royal”.

According to the original statutes, the Physiographic Society was to have “two such useful and interesting aims as Natural History and Economics”. Even though this initial charter of 1772 was retained, over the years additions and amendments were made. The objectives of the Society were initially focussed on practical commercial pursuits, in accordance with the ideals of the Age of Enlightenment. As early as the first decades of the 19th century, however, the activities taken up by the Society tended to shift towards more fundamental scientific fields

A thorough modernisation of the charter was sanctioned by King Carl XV on November 28th 1862. During the 1950’s and later, certain alterations and amendments were made to this version. After elaborate preparatory work, new statutes were established by the government on May 22nd 1997.

His Majesty the King of Sweden is the Patron of the Society.

The aim of the Society is and has been since its establishment, to provide researchers and scholars form different disciplines the opportunity to meet and hear presentations of new research results and to exchange thoughts and ideas. The Society was also to provide support to research within its areas of interest, among other things, by financing the publication of scientific theses.

The Society is the trustee of several large donations and foundations, from which the financial returns are used to finance grants and prizes. In this way the Society has come to play an increasingly important role in the research community. Every year approximately 1000 stipends are awarded. Priority is given to younger researchers, with particular emphasis placed on helping them to participate in international conferences and symposia.

The Society also administers donations specified to provide funds for prizes and medals. In these cases it is a question of rewarding outstanding and prestigious research, and for obvious reasons it is mostly well-established scholars whose work is considered.

Lectures are also an important part of the Society’s activities. In conjunction with the meetings held by the Society, public lectures are given, usually in the form of surveys of various fields of research.

We are using cookies to give you the best experience of our site. Read moreOk